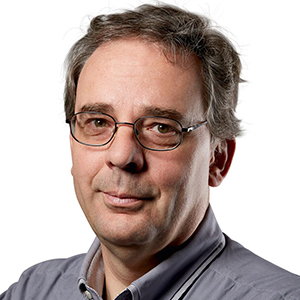 Prof Stefan Knapp studied Chemistry at the University of Marburg (Germany) and at the University of Illinois (USA). He did his PhD in protein crystallography at the Karolinska Institute in Stockholm (Sweden) (1996) and continued his career at the Karolinska Institute as a postdoctoral scientist (1996-1999). In 1999, he joined the Pharmacia Corporation as a principal research scientist in structural biology and biophysics. He left the company in 2004 to set up a research group at the Structural Genomics Consortium at Oxford University (SGC). From 2008 to 2015 he was a Professor of Structural Biology at the Nuffield Department of Clinical Medicine (NDM) at Oxford University (UK) and between 2012 and 2015 he was the Director for Chemical Biology at the Target Discovery Institute (TDI). He joined Frankfurt University (Germany) in 2015 as a Professor of Pharmaceutical Chemistry and the Buchmann Institute of Molecular Life Sciences. Since 2017 he is the CSO of the newly founded SGC node at the Goethe-University Frankfurt. His research interests are the rational design of selective inhibitors that target protein kinases as well as protein interactions modules that function as reader domains of the epigenetic code.