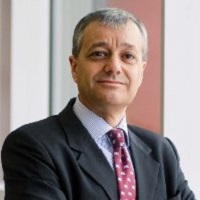 In 2015 Dr. Peter Nagler took over the newly created position as Head of International Innovation. Since 2011 he has held the position of Chief Innovation Officer (CIO) at Evonik Industries AG; since 2009 he has been responsible for Corporate Innovation. In his 30 years at Evonik, he has held several positions such as Regional President South America in Sao Paulo, Brazil (2005-2007), and head of the Fine Chemicals and Exclusive Synthesis & Catalysts Business Units (2000-2005). From 1993 to 1997, he worked in Paris at Evonik´s subsidiary Rexim – first as Marketing Director and later as Managing Director.

He serves on the boards of the “Gesellschaft Deutscher Chemiker” (German Chemical Society) and of SusChem (European Innovation and Technology Platform).