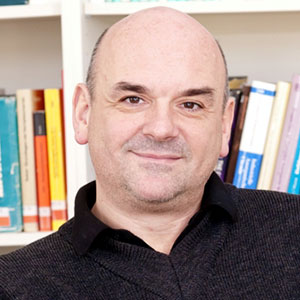 Matthias Driess recieved his PhD 1988 at the Ruprecht-Karls University of Heidelberg. In addition he studied philosophy in Heidelberg. He worked as a postdoctoral fellow with Professor Robert West in Madison, U.S.A., before finishing his habilitation at the University of Heidelberg in 1993. From 1996-2004 he was appointed as full-professor for Inorganic Chemistry at the Ruhr University Bochum. Since 2004 he holds a chair for organometallic chemistry and inorganic material synthesis at the Department of Chemistry at the Technical University Berlin. In 2007 he became spokesperson of the Cluster of Excellence UniCat (www.unicat.tu-berlin.de), and most recently co-director of the UniCat-BASF joint lab BasCat at the campus of the TU Berlin and vice-chair of the Einstein Centre of Catalysis. He is a member of the German National Academy of Sciences Leopoldina, the Berlin-Brandenburg Academy of Sciences and Humanities and has published more than 340 scientific papers in peer-reviewed journals.

His research foci are (http://www.driess.tu-berlin.de/)